An Interview with Herman Wanningen of the World Fish Migration Foundation 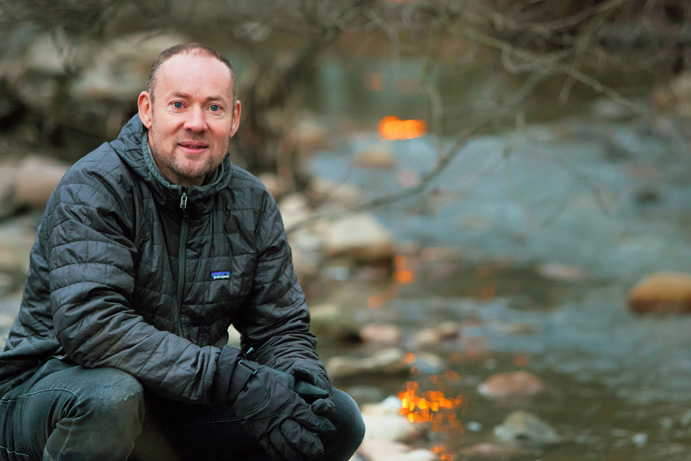 Love Flows recently premiered at the 2019 DC Environmental Film Festival to much acclaim. Can you please tell us a little more about this film, its themes and how it came about?

The movie is also a way of making people aware that World Fish Migration Day 2020 is coming up, so we sent it around the world so that people can watch it and be energised to organise wonderful new events in 2020; so that's the second goal of this movie.

The third goal is to show what is going on in this topic at this moment; that new dams are being built around the world, but that also, other dams are being removed, showing people that it is possible to remove dams and open up rivers.

When is the official release date and where can we see the documentary?

We will do a public launch around the 16th May 2019 and then we will make it available on our World Fish Migration Day YouTube channel. 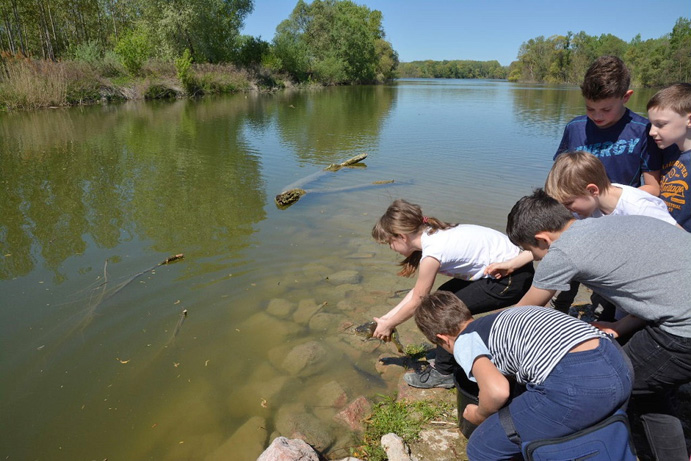 The film is directed by multi-award winning Chilean director Francisco Campos-Lopez, who has a huge passion for environmentalism himself, and it’s also supported by some of the world's leading environmental groups, including WWF and American Rivers. How important has it been to have the right partners on board for this project?

From day one, when we started to organise World Fish Migration Day, we worked with organisations that have the same ambitions and the same goals as we do, only on different levels. So for example, American Rivers is more USA-based, and by cooperating with them we can create bigger impact. They are ambitious and they want to make things happen. Our organisation prefers to cooperate. Working together means more fun, energy and inspiration.

Only by working together we can make a difference for migratory fish and healthy rivers around the world.

Sometimes these organisations are global, like WWF and The Nature Conservancy. We see them as our partners for a global cause, but it's just as important to have local organisations that support this. 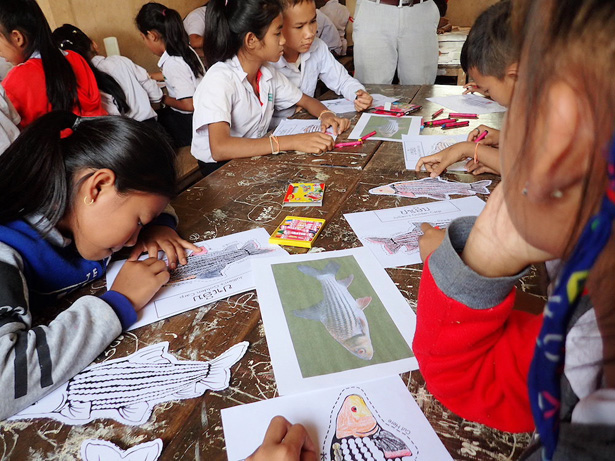 River restoration has grown from something of a fringe movement to become a global phenomenon attracting adherents from around the world. How does it feel to see people respond so positively to this movement now?

I am really proud, as is all the team at the World Fish Migration Foundation. It is so inspiring to see so many organisations around the world using World Fish Migration Day as momentum to raise awareness, or to celebrate the removal of a dam or inauguration of a fish passage facility. Knowing that people take schoolchildren out into the field for activities under the umbrella of World Fish Migration Day is something that makes me really feel proud and motivated to step up another level and keep moving forwards. Because I think we haven't reached our potential yet; I think at this point in 2018 we had 570 all around the world, from New Zealand to Hawaii, in 63 countries. But I think, knowing what is out there and knowing how many people we haven’t reached out to yet, that we could easily go over 1000 events—and maybe 2000 is even possible.

It's a potential we haven't reached yet, but we’re trying. 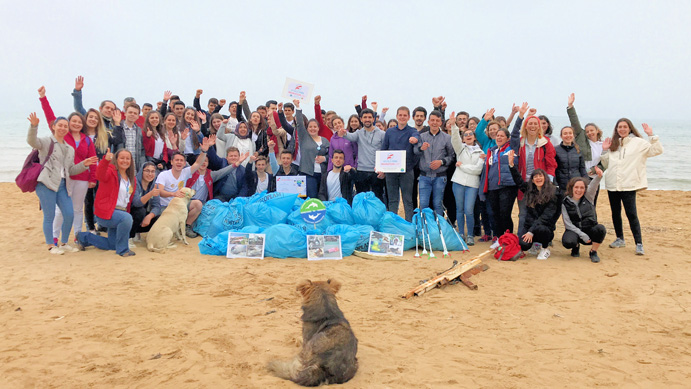 If they become inspired to help out as well, just imagine how many organisations will be involved next time. Networking and getting more organisations on board is quite hard to manage, by the way; every time we step this up we have more people to connect to and prefer to keep it personal and stay involved. So we definitely need help from other organisations to get our messages across. It's a tough job to be in such a big network.

I can only imagine. If there was one thing that you would like people to take away from watching this film, what would it be?

That it's possible to restore rivers again and to get migratory fish that were in these rivers back again. That it’s possible to get a river that really is alive and actually provides fish, in some cases providing food, but also maybe providing an economy like fly fishing - a completely different way of looking at rivers. And I'm not saying that I want to remove all hydropower dams around the world. I just want to say that it's possible to remove old and obsolete dams from rivers and to balance the river management a little bit better than we used to. So that for example, you decide that some rivers are kept free flowing and that some are for hydropower use. But at this moment, there are so many hydropower plants appearing everywhere that my take home message would be, "protect what's still free-flowing and open up and restore where possible".

And that's a wonderful philosophy to have.

The simple message is that it is possible to open up rivers by removing dams. I started my work by building fishways in the past, but ended up leaving that topic to an extent because actually, I think that it's much smarter and easier to remove dams - the river comes back to life. It works out much cheaper because you don't have to build and maintain a fishway, you don't have to maintain an old dam - it's much, much easier from a cost perspective.

It's a serious topic and what we do is take a serious topic and make it a little more attractive for the general public, so that people start to understand what's going on. The title of our documentary, Love Flows, and our symbol of the Happy Fish, were chosen to make our message more accessible for people out there.

The next World Fish Migration Day is scheduled for May 16th, 2020. What can you tell us about next year's event?

What I expect to see is that we will have around 1000 events around the world, organised not just by local organisations, NGOs, fishery people and anglers, but also water managers and universities, so that a really diverse group are all showing what they are doing and that they involve local people and groups, including children, to help raise awareness - starting in New Zealand and ending in Hawaii. What we also will see is famous people from around the world whom we are now asking to become ambassadors of World Fish Migration Day. In each country, we want to find at least one famous person who can help us with increasing our outreach. So for example, on a global level we have Jeremy Wade from River Monsters. He is helping to provide us with much easier access to our target audience. We also found an actor from Finland, Jasper Pääkkönen. He's really well known in Finland but he's becoming much more famous on a world level as well, so he's helping out in Finland and on a global level. We want to find all kinds of famous people across the world who are keen to help out with our outreach - I think this should mean that we will have a much bigger reach than last time.

Brilliant! It's been fantastic speaking with you once again, Herman, I really do appreciate your time and would like to wish you all the best with your endeavours.

Thank you very much.

© Sustain Europe 2020. All rights reserved. Powered by 100% Green Energy. Our pledge to the Environment.