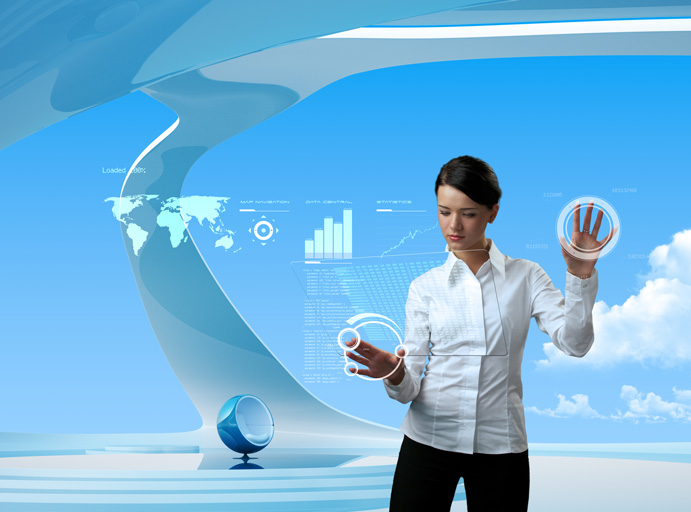 For some time, blockchain technology has been touted as the solution to more efficient global carbon credit transactions. However, previous attempts to create an effective and efficient carbon emissions-related blockchain system and cryptocurrency has failed largely due to a lack of high quality underlying support and a real understanding of the carbon markets themselves.

Trying to find the perfect blockchain solution for carbon and energy efficient trading has been tantamount to searching for the elusive unicorn. Until now.

The Russian Carbon Fund has developed a blockchain ledger DAO «Integrated Program for Climate Initiatives» (DAO IPCI) on the Ethereum Platform as an option for IPCI operator and participants and Carbon Registry users (along with other GHG emissions limitation and reduction programs’ operators and participants) to account for the data on carbon units’ issuance, transfer, and operations including offsetting goods and services carbon footprint.

The Ethereum Platform is the brainchild of luminary Russian programmer, Vitalik Buterin, and won him the 2014 World Technology Award; one of the most coveted awards in science and technology today. It is a transparent next generation cryptocurrency and a decentralised platform that runs smart contracts for a wide variety of applications. Think Bitcoin, but without any chance of fraud, censorship, downtime or third-party interference.

This makes Ethereum the perfect platform for the DAO IPCI to create a smart contract-based business environment which minimises transaction costs, and makes the issuance and transfer of carbon units highly reliable, transparent and free of centralised manipulation.

Taking into account the COP21 Paris Agreement guidelines, the IPCI has formulated a criteria that may seem too strict to abide by. The Programme does not allow baseline scenario emissions to exceed baseline actual emissions, and does not recognise hypothetical reductions that are permissible under Kyoto protocol mechanisms and popular voluntary standards such as the Gold Standard and VCS etc.

As Chairman of the Council of the Russian Carbon Fund, Anton Galenovich, put it: “Those mechanisms and standards are in essence ‘relatively green, relatively low-carbon growth’ standards. They easily allow for certifying growth of emissions as emission reductions.”

A key task in the designing of the platform was to secure high quality absolute reductions as underlying assets for digital units, in order to ensure the integrity of the robust requirements of the Programme-based Carbon Registry and compliance with these requirements of blockchain-based system of smart contracts. The DAO IPCI essentially excludes emission of cryptocurrency, and is based on the assured climate change mitigation outcomes as the underlying asset. The end result means that the amount of digital units on the platform always precisely correlates with actual absolute reductions; thereby making it virtually impossible to manipulate.

An Independent Entity, the Auditor, assures the existence and quality of the underlying asset and preclusion of double-spending. The latter is further supported by the internal control of blockchain technology. The Operator and Auditor ensure that a fundamental link of underlying assets and units issued through a “two keys confirmation” proof-of-asset protocol. Any previous issuance of asset-based digital units will be taken into account.

The Integrated Program Mitigation Units (IPMU) may be issued to DAO IPCI either: 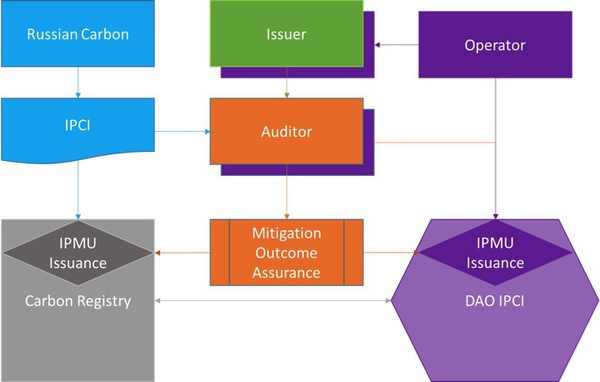 Figure 1 - Issuance of the Units

The Issuer is required to reserve a specific share of the units (to be established by the Operator on the grounds of an independent assessment of the related risks for burning in case the units issued are legally classified as void), so that the total amount of digital units issued to the platform would in any event be equivalent to the underlying mitigation outcomes.

Aside from the digital units’ issuance process, the following modules and operations are currently undergoing a series of tests to establish the best way to perform each task:

Organisations which are currently taking part in the testing phase include Aeroflot, Ernst & Young, the Moscow City Department of Environmental Protection, the Center for Environmental Innovations, Baker & McKenzie and ECOCOM, to name but a few.

The engineers have focused on offsetting carbon footprint scheme (Figure 2). Combining these steps into one contract is implied for development. 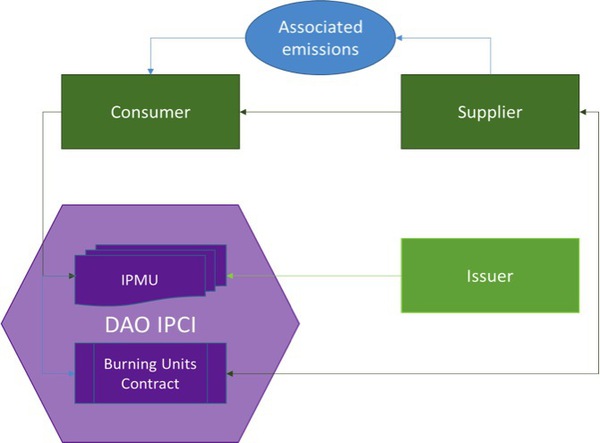 The long-term prospects of the DAO IPCI development are limited only by its functional capacity as the trends are evidently in favour of the carbon markets’ expansion both in scale and number, linkage and integration with a perspective of ultimate creation of common market space with fungible instruments.

If you would like to participate in the testing phase of the DAO IPCI, then please contact: