Specialised team at work planning in the old quarter of Valls

As 2021 comes to a close, local governments, civic organisations and concerned citizens are trying to make sense of the countless agreements, pacts and treaties that were made to advance climate action and sustainable transitions worldwide. Milestone events like COP26, critical reports like the United Nations Intergovernmental Panel on Climate Change’s latest assessment, and youth’s call for action, have reminded the global community that time is running out.

Despite this solemn reminder, a gap between promises and concrete progress continues to exist. Local authorities and organisations are stepping up to help bridge this gap by translating global goals into practical, measurable actions. With these local stakeholders advancing meaningful change, blueprints for climate-neutral, sustainable and equitable communities are steadily emerging.

2021 Transformative Action Award Winner La Titaranya SCCL has given a good indication of how to achieve a sustainable transition with its strategy to leverage cooperation from citizens and key local stakeholders as a driving force for the physical and social rehabilitation of the historical centre of Valls, Spain. 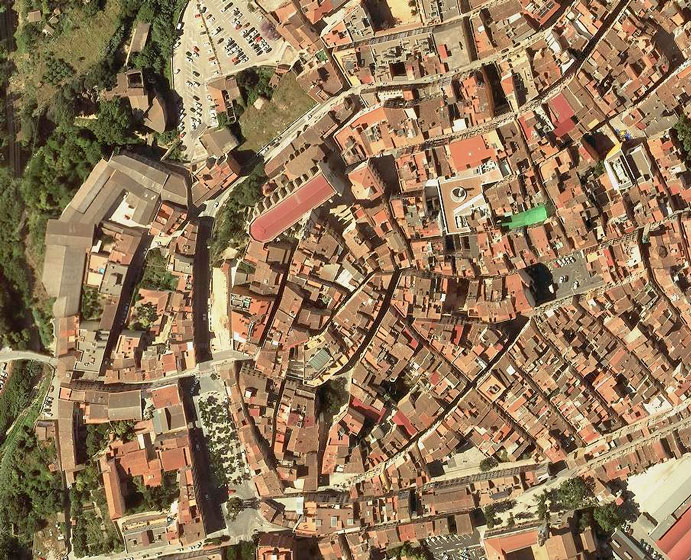 Each year, ICLEI Europe, the Basque Country and the City of Aalborg, Denmark, with the support of the European Committee of the Regions and the European Investment Bank, organise the Transformative Action Award.  The award recognises ongoing or concluded actions - inspired by the 15 pathways outlined in the Basque Declaration - that accelerate the implementation of the Sustainable Development Goals and the Paris Climate Agreement, in addition to spearheading the socio-cultural, socio-economic and technological transformation of societies.

Alongside La Titaranya SCCL, two cities were nominated for the title of Transformative Action of the Year: the City of Nijmegen, the Netherlands for its ‘Kleurrijk Groen’ initiative, which uses diversity as a tool to cultivate more sustainable communities, and the City of A Coruña, Spain for its network of urban gardens, which fosters communal resilience by offering environmental, social and economic opportunities.

In spite of the tough competition, the Catalan cooperative stood out to the Transformative Action Award Jury for its clear plan to catalyse a local, sustainable transformation. Wolfgang Teubner, Jury Member and Regional Director of ICLEI Europe, notes the project’s benefits for greater Europe as well:

“In order to achieve the goals of the European Green Deal we need local governments and civil society actors on the ground to implement it and to accelerate action. La Titaranya SCCL has convincingly demonstrated that positive transformation can happen when local stakeholders take ownership of creating a sustainable, equitable future.” 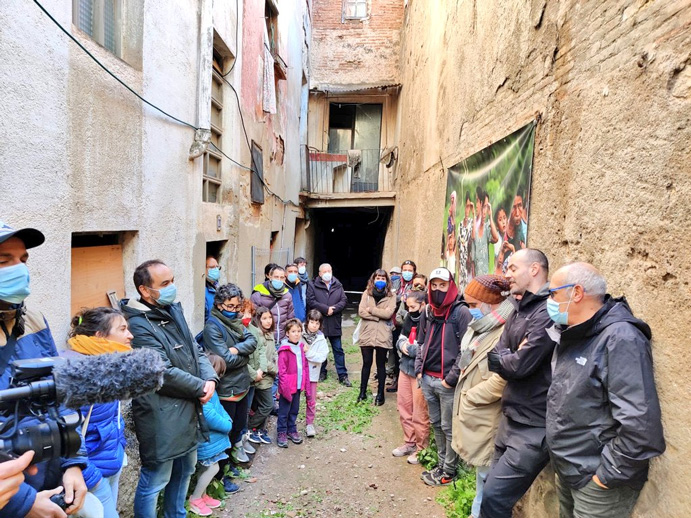 La Titaranya has received a 75-year surface right to develop subsidised housing and premises for socio-economic organisations and companies, in addition to revitalising the old quarter of Valls which encompasses a severely degraded neighbourhood. With support from community organisations, the Catalan local government and Valls City Council, La Titaranya has developed a long-term strategy with direct governance from citizens. The strategy outlines the implementation of social housing, public spaces, a climate shelter, heritage recovery, a local organic food store and more, all based on principles of social economy.

The project stems from community members’ disappointment in the lack of assistance for an area that had long suffered from high rates of sub-standard housing and poverty, poor urban development and widespread degradation. Gérard Nogués Balsells, Partner, La Titaranya underscores the initiative’s motivation:

“We live in an area that has suffered unimaginable levels of degradation over the past few decades and after many years of waiting for the capitalist market or the public administration to find sustainable and local solutions, the people of the neighborhood, social and community agents, decided to organise and find our own collective solutions to the lack of housing, lack of green areas, the lack of social premises or lack of green economic activity. In short, La Titaranya is responding to the need to offer sustainable life to this neighbourhood…We are working very hard to demonstrate the transformative capacity of this new model.” 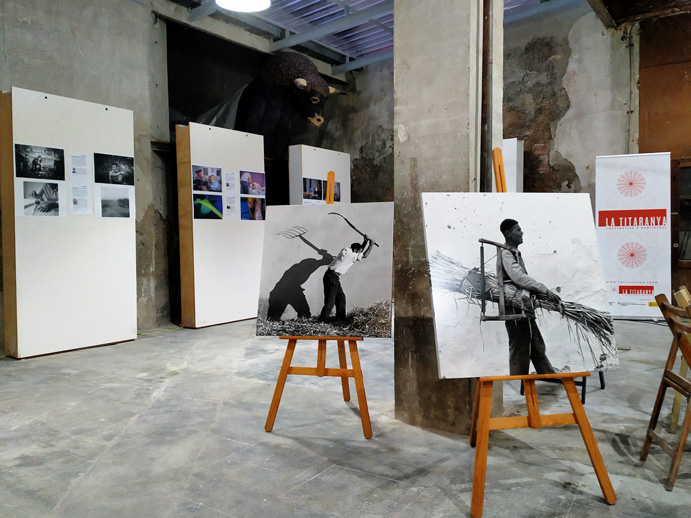 So, like many local actors, La Titaranya decided to take matters into its own hands. In order to tackle the formidable challenge of rehabilitating the historical centre of Valls and to mitigate climate degradation, La Titaranya has focused on fostering strategic partnerships with the municipality and residents, in addition to creating technical teams to implement the project on the ground.

In the first phase of the transformation, the project is based on the collaboration of eight cooperatives, six NGOs and 100 people. The various teams specialise in local development, architecture, social economy, tourism, heritage recovery and more. While each team’s task has a specific focus, the general modus operandi revolves around improving the well-being of residents and the environment. For example, the architects responsible for developing seven social housing units, a community space, an office for two cooperatives, an agro-ecological store, a new public space of 450m2 and a climate shelter with a wooded courtyard, outdoor showers and air-conditioning by 2023 are specialised in rehabilitation, construction with environmental criteria and feminist urban planning.

Recovery of heritage and sustainability are also critical aspects of this transformative action. La Titaranya aims to respect the integrity of existing historical architecture during construction, while promoting local heritage through regular cultural activities. The cooperative is also planning to reduce the environmental impacts of the construction process by using local producers and sustainable construction materials. Meanwhile, the planned generation of photovoltaic electricity is designed to encourage an energy-smart community. 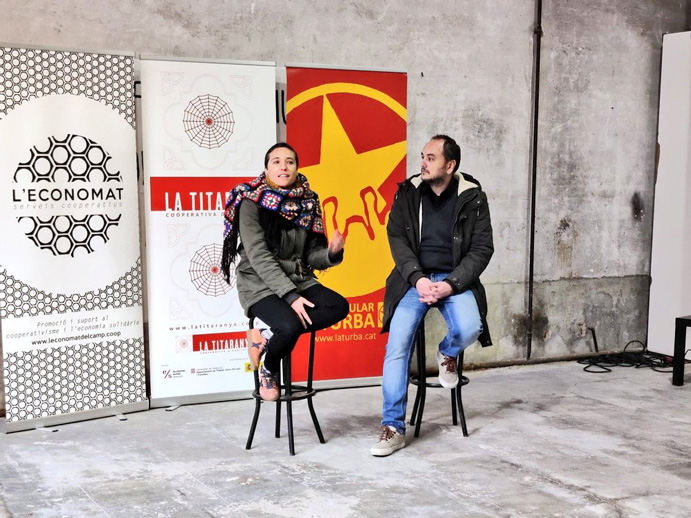 In order to achieve communities that are climate-neutral, sustainable, equitable and resilient, action needs to be taken now. While translating agreements and pacts into concrete change remains a challenge, examples like La Titaranya SCCL, the City of A Coruña and the City of Nijmegen demonstrate that it is possible to turn global ideals into specific initiatives and strategies. City leaders’ efforts to localise the European Green Deal - a collection of policy initiatives defined by the European Commission with the aim of making the European Union climate neutral by 2050 - through initiatives like the Mannheim Message - a call for core systemic change and for local authorities to be key partners in the development of Local Green Deals by European mayors - is another example of this phenomenon.

International organisations, supranational entities and national governments need to collaborate with local governments and stakeholders to tap into their knowledge of citizens and communities, in addition to offering them more holistic support because these local actors may just be the world’s best chance to accelerate sustainable transitions and mitigate climate change.

© Sustain Europe 2023. All rights reserved. Powered by 100% Green Energy. Our pledge to the Environment.