In 2017, FŐKÉTÜSZ, Budapest’s public chimney sweeping company tendered for a cleaning service for its headquarters and other premises. Identifying the high levels of unemployment among Roma in Hungary – partly due to discrimination on the labour market –, the company decided to provide an opportunity for companies that employ Roma people to undertake this contract. Tenderers interested in the contract had to show that the number of Roma employees constituted 8% of the whole staff and that they had a cooperation agreement with a Roma public interest foundation. Furthermore, they had to commit to employ Roma people registered as disadvantaged people during the contract period.

This tender was the first of its kind in Hungary to include social considerations in its award criteria. Despite this lack of experience, FŐKÉTÜSZ achieved what it set out to do. The contract contributed to the social and professional integration of Roma people in Hungary, while FŐKÉTÜSZ received fully satisfactory cleaning services. Two years later, the company, owned by the municipality of Budapest, decided to apply similar social considerations when tendering for the provision of call centre services, which proved equally successful.

FŐKÉTÜSZ’ cleaning services tender is one of the many examples of Socially Responsible Public Procurement (SRPP) featured in the report ‘Making Socially Responsible Public Procurement Work: 71 good practice cases’ - #WeBuySocialEU. The report, published by the European Commission, aims to improve awareness and understanding of the potential of SRPP by showcasing how public procurers can achieve social outcomes in public contracts. The 71 case studies included in the report demonstrate correct bidding procedures and effective policies, and act as inspiration both for procurers and for operators in the social economy to stimulate replication across Europe. 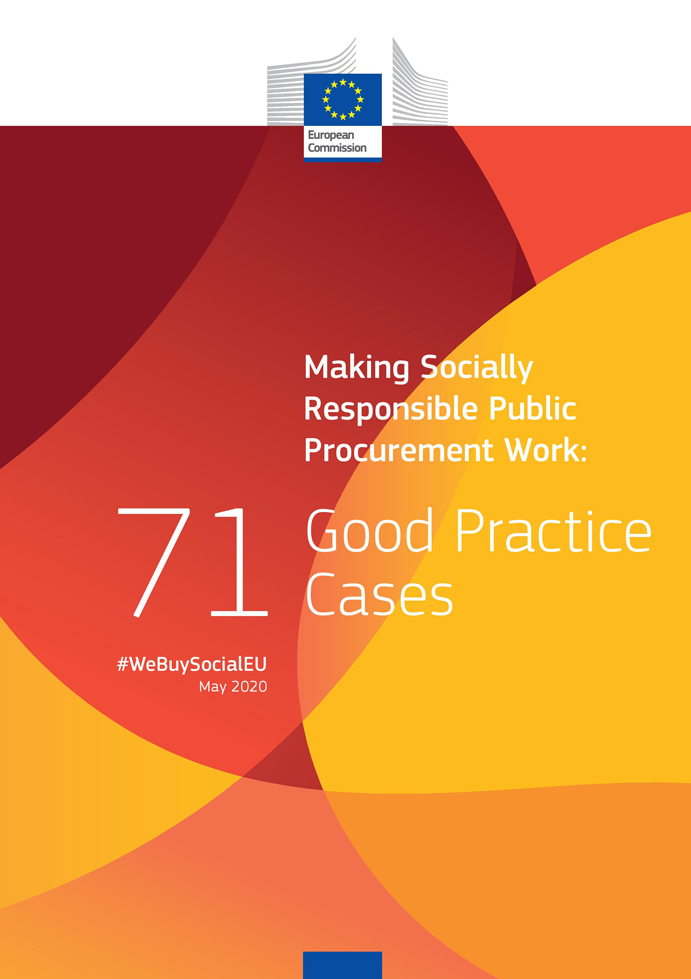 Public Procurement in the EU

The report is part of a broader effort of the EU to stimulate and promote SRPP. Public procurement is an important pillar of the European single market. In 2004, the EU harmonised public procurement rules to create a level-playing field for businesses across the continent and to ensure that public funds are put to good use. This has created a well-regulated European public procurement market, founded on the core principles of transparency, equality and open competition. Building upon this, in 2014 the EU Public Procurement Directives made it clear that social aspect can be taken into account, throughout the procurement cycle. Public authorities are increasingly taking advantage of this opportunity to implement social consideration in public contracts in order to achieve positive social outcomes.

Traditionally, public buyers have made purchasing decisions by comparing price and quality. SRPP asks procurers to look beyond these two categories and, also, to consider how a product or service is produced and sourced. They can do so by demanding that potential suppliers have a sustainable, ethical and transparent supply chain, that they treat their workers fairly, or that they employ people with a distance from the labour market. In doing so, they can make major contributions to sustainable development, and promote decent employment opportunities, decent work, social inclusion, accessibility, ethical trade, and compliance with labour and environmental standards.

Beyond these immediate social benefits, SRPP also has the potential to influence the broader market on both the supply and demand sides. Public buyers are among the biggest investors in the European single market, spending 2 trillion Euro per year (14% of the EU’s gross domestic product) on goods, works and services. Yet, while the EU may have harmonised public procurement rules across all member states, the field of public procurement is not equally developed among all member states. Countries in the northwest have a more mature public procurement market, with more advanced guidelines, rules and regulations, than their southern and eastern counterparts. Unsurprisingly, these countries have also been the main drivers of SRPP until now, as they have more resources, knowledge and capacity to carry out more complex procurements.

Because of this unequal development of public procurement, the EU is still far from reaching the full potential of its SRPP power. As the example from Budapest shows though, it is rapidly getting closer. The report includes cases from Bulgaria, Czechia, Greece, Hungary, Italy, Poland, Spain, Romania and Ukraine, implemented by public authorities on national, regional and local levels. These examples highlight that a willingness to experiment, to learn from others and to invest in social policy objectives that can meaningfully improve people’s lives is more fundamental to SRPP than procurement experience and a fully developed public procurement apparatus. Sectors included in the report are: construction, food and catering services, furniture, gardening services, healthcare, ICT, social services, textiles, transport, mobility and waste. Furthermore, these cases show that public buyers who want to use their procurements to strategically deliver positive social outcomes can choose from a wide range of mechanisms and applications, while illuminating that SRPP does not need to be more expensive than traditional procurement. 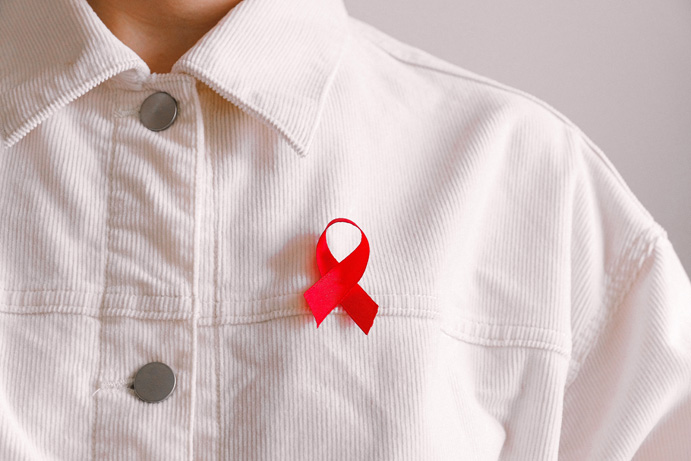 The Catalan Association of Local Authorities (ACM), representing 95% of municipalities in the region, for example used its procurement of printers to strengthen workers’ rights in the electronics supply chain. Bidders admitted in the framework agreement had to ensure compliance with labour rights and safety regulations in the production chains of the factories where the goods subject to the contract are produced. To do so, they had to perform due diligence to achieve supply chain transparency, collaborate with independent monitors and remedy breaches of labour rights and safety standards. The contractors reacted positively to these demands and provided detailed supply chain information about specific models and production locations used under the contract. ACM contracted four providers.

The Czech Ministry of Labour and Social Affairs (MoLSA) similarly tried to protect labour and social rights in the textiles supply chain. It required bidders to have a system guaranteeing that labour rights protected under the core International Labour Organization (ILO) conventions had not been violated during the manufacturing of the purchased goods. Bidders also had to identify the manufacturer, the brand and the place of manufacturing of each type of product, allowing MoLSA to have some control over the working conditions in the supply chain. As a result, the supply chain became more transparent and the risk of labour violations in it decreased. In addition, the contracted bidder employs people with criminal records, supporting their reintegration into society.

A completely different example of SRPP comes from Ukraine, where the national Public Health Centre (PHC) took over responsibility for the procurement of services for people living with HIV. This intervention happened in the context of a broader set of reforms to the country’s healthcare system, including the establishment of a central procurement body for medicines. PHC decided that suppliers wanting to provide support services to HIV patients had to provide evidence of previous experience in performing similar contracts, and show that they had enough staff available with relevant qualifications, knowledge and experience. The benefits of these tender were threefold: it increased awareness of HIV, directed more HIV-patients towards treatment and improved the quality of life of affected people and their families. 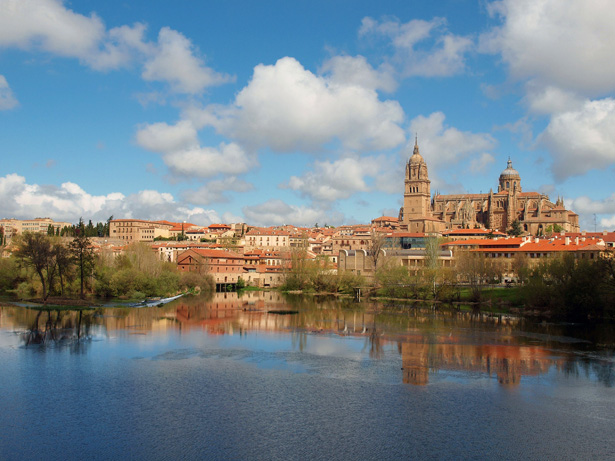 More examples of the advancement of SRPP in Southern and Eastern Europe can be found in the European Commission report #WeBuySocialEU. What most of those cases have in common is that they either focus on the inclusion of green or social criteria. An important exception is the municipality of Salamanca’s reserved tender to contract a Work Integration Social Enterprise (WISE) to maintain the green areas of the city. WISEs are not-for-profit operators, focusing on local development and care for the environment, whose main objective is the labour integration of people in a situation of social exclusion. As such, reserved tenders for WISEs are a valuable tool to protect vulnerable people and the environment.

Salamanca has proven that it is possible to effectively incorporate both social and green aspects in a tender. So has Vendée (France), which reserved a tender, to provide agri-food services to more than 30 schools in the area, for organisations employing a minimum percentage of people with disabilities. Both cases point towards the future of SRPP. The European Commission has until recently seen Socially Responsible Public Procurement and Green Public Procurement (GPP) as two separate strands of sustainable public procurement with separate techniques and definitions. In the future, the intention is to treat them as more complementary, to encourage public authorities to integrate social and green aspects equally in their procurements. The EC report is an important step in that direction.

What is socially responsible public procurement about?

Watch these videos to learn more: