The European Capital of Culture: 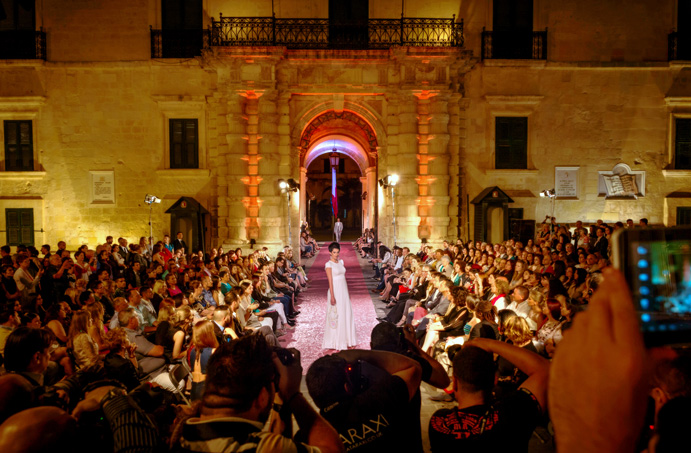 The Grandmaster's Palace in Valletta hosts the Malta Fashion Week 2015

From the outset, the mission of the Valletta 2018 Foundation was, and still remains, to generate a cultural, social and economic regeneration for the city of Valletta, as well as implement and execute the Cultural Programme. To achieve this regeneration for the European Capital of Culture year, substantial work is being carried out on several sites around Valletta, most of which had fallen in disuse in the past and were in desperate need of restorative works. The four regeneration sites chosen include: Is-Suq l-Antik (the Old Market), il-Biċċerija (the old abattoir), Strait Street and MUŻA.

These regenerations works are essential for the Valletta 2018 project’s success for several reasons such as the improvement of the city’s infrastructure for residents and visitors, the restoration of ‘dead’ spaces with crumbling façades which are now being injected with human activity, the creation of sites which could be used for creative exchanges and the creation of public spaces in an island which is both densely populated and which is lacking in  open spaces. The Valletta 2018 project is acting as a catalyst for change, challenging perceptions of what is public space, culture and identity.

The first area to receive a much-need facelift was Strait Street. Works were carried out throughout the year 2015 and 2016 to improve the road’s infrastructure. The road, which was booming with activity from the 1950s till the late 70s, had many cabaret clubs which attracted many servicemen based in Malta who were in search of a good time. Following the departure of the British navy’s last deployment in Malta, the road fell into disuse and all the music halls and entertainment establishments consequently stopped operating without their main clientele. Recently, several wine bars and cosy cafés have set up operations in the area, bringing back human activity in the street.  Apart from this, the Valletta 2018 Foundation has also appointed Valletta-born academic Giuseppe Schembri Bonaci to develop a programme of cultural events to enact the cultural regeneration of the area, under the name of the Strada Stretta Concept. The events vary in nature and include exhibitions, theatre productions, seminars, symposia, talks, street theatre, night events, jamming sessions, direct meetings and networking sessions with artists. 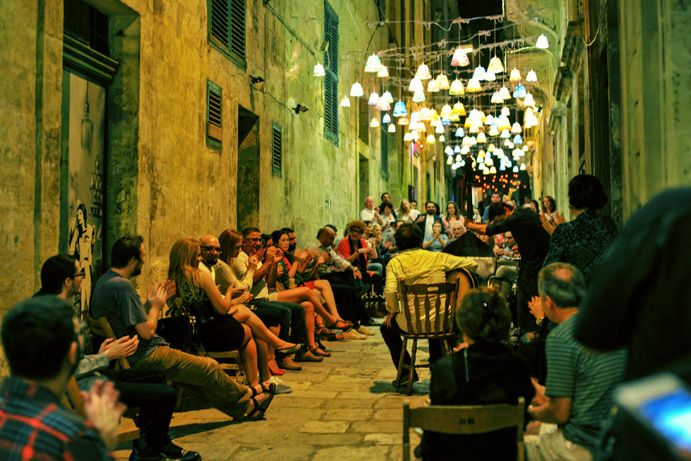 Another regeneration project which will be operating later this year is the Old Market located in Merchant’s Street. The market was built in the 1860s under British rule. Once a commercial hub boasting a variety of stores selling goods, it later fell victim to neglect, with most stores shutting their doors and leaving the building to decay. Works are currently ongoing to restore the building to its former glory which, once opened, will be selling a variety of goods and fresh produce to Valletta residents, who currently do not have a one-stop shop. The opening of the building will accommodate residents’ daily needs and will also have a space where cultural events may be hosted, thus merging functionality with cultural activity.

Another highly-anticipated project is the MUŻA project which will be opening its doors to the public next year. MUŻA, meaning muse in Maltese and serving as an acronym for Mużew tal-Arti, is the new national art museum that will be housed at Auberge d’Italie, located very close to City Gate, Valletta’s entrance. The collection which will be housed at MUŻA will be transferred from the National Museum of Fine Arts which closed its doors to the public last year. The reason behind this move is two-fold: the new museum will be greener by generating its own energy requirements through renewable sources, and its new location will make it more easily accessible to the general public to foster more appreciation of the arts. As part of this project, the Valletta 2018 Foundation, together with Heritage Malta, came up with the Naqsam il-MUŻA initiative, in which community members of localities across the island choose their favourite pieces from the collection which are later reproduced and showcased in their locality. The idea behind this is to inject community spaces with art and to encourage artistic debate.

The final major infrastructure project that Valletta 2018 is pushing is the Valletta Design Cluster, which has works currently underway at the Old Abattoir site in Valletta. This new design hub will create new opportunities for designers, artists, other creative professionals, as well as young people. It will also create links between companies specialising in design and educational institutions such as MCAST and the University of Malta. Although the site is still undergoing works, the Valletta Design Cluster has already started its own initiatives with the Malta Design Week, an international biennial design festival; the urban development project Design4DCity, an initiative that ropes in residents and regular city-users engage in projects that impact the city’s liveability and vitality; and the Design and Technology Learning Centre under the Ministry of Education, which the Cluster collaborates with on the National Design and Technology Expo. 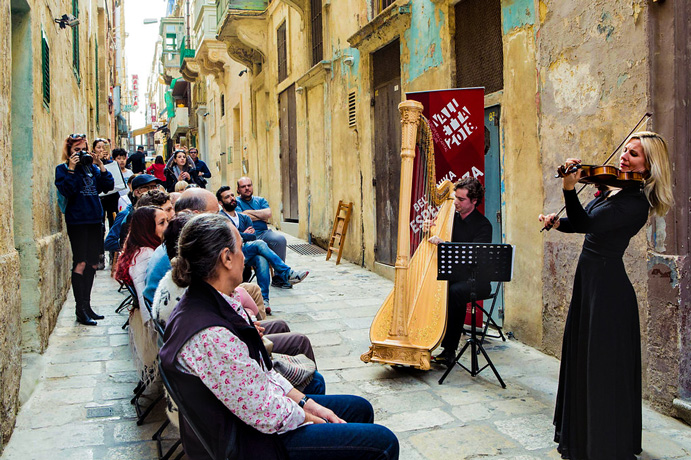 Apart from the infrastructural projects, Valletta 2018 is also implementing a Cultural Programme for the run up to and during the year 2018. The Cultural Programme comprises a variety of projects hailing from various artistic disciplines which will bring people from different backgrounds together to participate through culture and create meaningful connections in times of uncertainty and socio-political discord. The Cultural Programme is providing a unifying, cultural experience for various communities in Malta and Gozo, with the help of one of its partners, the Local Councils’ Association, to ensure that everyone is included.

The regeneration projects, together with the cultural experience offered by the Cultural Programme, will provide and sustain a legacy that will survive well beyond 2018. The European Capital of Culture provides Malta with the opportunity for communities to take ownership of public spaces, discussing human and environmental issues, nurturing cultural ecosystems while also strengthening the business and tourism sectors.

To find out more about how the Valletta 2018 Foundation is driving cultural, social and economic regeneration in Valletta and the Maltese Islands through collaboration, exchange and innovative practice, please visit the official website of Valletta - European Capital of Culture 2018: